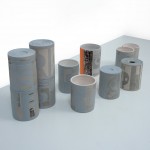 Art in Manufacturing in the Gallery 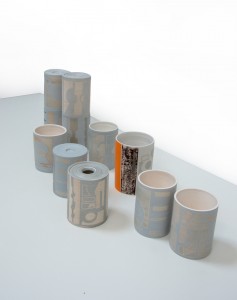 International artists uncover the humanity, brutality and ingenuity of factory production in a rare gathering of work exploring mankind and manufacturing in INDUSTRIALISED.

Featuring work unexhibited in the UK to date and providing a rare, multi-disciplinary view of the making industries, mass production, the human contribution to manufacturing and the physical impacts of factory making on our landscape.

The brutalist architecture of the post-war period also features in the work of Mandy Payne, painting onto concrete blocks the harsh vistas from one landing of a high-rise housing block to another and the stark, grey fascia of municipal buildings.

Using self-made pinhole cameras, Karen Mathison turns her attention to her native Ewood, a wooden area of Lancashire subsumed into Blackburn and repurposed for industry as the town boomed in the 19th century. Her large scale, black and white photography eerily fragments visions of the area, focusing on the route of the Leeds and Liverpool Canal, evoking a sense of loss, both of nature and depleted local industry evidenced by the ruins left behind.

The complex and evolving relationship between humans, the landscape, nature and industry is revealed most potently in photography, not least in the work of renowned, French photographer, Charles Freger (acclaimed for his 2012 Wilder Mann project) and his rarely seen, Bleus de Travail (‘Work Overalls’) series. Shown for the first time in a UK gallery, the portraits count as some of Freger’s earliest work and are the result of a long-term study of technical college students during the 90s, capturing the straight-faces, work stations and protective clothing of young trainees.